The Traditional Chinese Medical (TCM) Treatment of women whose fertility has been affected uses the “Pattern Discrimination” of constitutional imbalances within the body according to the theories of Traditional Chinese Medicine.  Patterns are determined by observation of diagnostic characteristics demonstrated by the patient, answers to questions posed to the patient, and pulse and tongue diagnosis.

The pattern discrimination most typically associated with endometriosis is termed Blood Stasis because of the presence of severe pain.  The treatment involves “moving” the “static blood” in order to resolve the cause of the infertility and associated pain.  In addition the treatment can reduce internal inflammation, balance the reproductive hormones, and normalize the menstruation.

A diagnosis of Blood Stagnation is often accompanied by a diagnosis of Liver Depression Qi Stagnation.  Qi is the TCM notion of energy moving throughout the body. Treatment is accomplished by moving  the static Liver Qi to return the body to a more harmonious state.

Other patterns of disharmony are possible pending complete constitutional diagnosis. 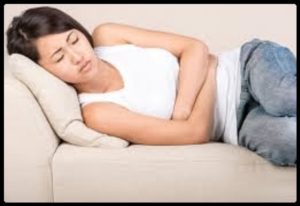 It is estimated that about one in ten women of reproductive age have some degree of Endometriosis.  Endometriosis is the condition that occurs when endometrial cells normally found in the lining of the uterus grow in other areas of the body causing pain, and in some cases difficulty in conceiving due to scarring and adhesions, increased inflammatory response in the abdomen and pelvis, and to fertility-blocking secretions from the misplaced endometrial tissue.

Broadly speaking there are three types of lesions found typically within the pelvic and abdominal cavities seen with endometriosis:

Pigmented lesions are “renegade” endometrial cells that have entered the lining and organs of the abdomen and pelvis, where they have become embedded, receive a blood supply, and form lesions.  These lesions respond to the hormonal changes that take place during the menstrual cycle, and like the endometrial cells of the uterus, they proliferate, and then die during the period, shedding tissue and blood.  Because blood and cells are trapped within the tissues, localized compression is exerted causing pain.  These lesions are brown in color because of the dried blood remaining there.

The second type of lesion is called a chocolate cyst, and is specific to lesions that form as cysts on the ovaries that are chocolate in color, due to the trapped blood within.  These chocolate cysts interfere with normal ovarian function and can block ovulation.

Non-pigmented lesions are patches of renegade endometrial tissue that lie superficially on the surface of the lining of the pelvis, abdomen and organs, and have not invaded the underlying tissue, and are therefore not vascularized or pigmented.  These lesions respond during the cycle by secreting mucous that can coat the fimbriae of the Fallopian tubes and surround the ovaries, preventing successful ovulation and transport of the egg from the ovary into the Fallopian tubes where fertilization takes place.

Endometrial tissue within the abdomen and pelvis also activates the immune system, thereby increasing inflammation of the local tissues, and by producing excess immune killer cells that can invade the Fallopian tubes where they kill sperm cells.

With endometriosis, renegade endometrial tissue can grow in areas around the ovaries, Fallopian tubes, the ligaments that support the reproductive organs, the area between the vagina and rectum, the rectum itself, the outside of the uterus, the lining of the pelvic and abdominal cavities, the organs of the abdominal and pelvic cavities, and even in the lungs and respiratory tract.  Although with typical endometriosis, renegade cells grow and prosper within the pelvic and abdominal cavities only, endometrial tissue can crop up just about anywhere.

Scarring of the Fallopian tubes can block the passage of eggs and sperm between the ovaries and the uterus.  Adhesions are bands of tissue that form with endometriosis, which act as the “tethers” connecting the renegade endometrial tissue to other structures.  These tethers can obstruct the Fallopian tubes by pulling on them.  They can also cause pain when they exert a pulling effect during bodily movement by anchoring organs and tissues found in the pelvis and abdomen that are not normally connected.  This occurs primarily during the proliferative phase, the time leading up to ovulation at about day 14 of a woman’s cycle, when both the normal uterine and renegade endometrial tissue become thickened and engorged with blood and change their size and shape.  The adhesions pull when these endometrial lesions increase in size, causing in most cases pain.

There are at least a half dozen theories for the development of endometriosis.  The theory that currently seems most plausible is that during menstruation, seed endometrial cells shed along with blood from the uterus during a woman’s period, rather than passing out of the vagina make their way backwards up through the Fallopian tubes into the pelvic and abdominal cavities where they take root, flourish and become pockets of endometrial tissue.  This renegade tissue goes through the same hormone driven changes of the menstrual cycle as the uterine endometrial tissue.  The renegade tissue proliferates, then sheds during a woman’s period, but does so in areas that are cause pain due to the pressure and presence of blood.

The doctor treating you may assign a number between 1 and 4 to describe the stage of your endometriosis, depending on the location, amount and depth of endometrial tissue.  Stage 1 is considered the least effected form, and stage 4 is considered the most effected form.  The good news is that there doesn’t seem to be any difference between the stages when it comes to success with Advanced Reproductive  Technique (ART) procedures such as IVF. And further good news is that the success rates for women undergoing IVF procedures for endometriosis are slightly higher than for all women undergoing IVF for all reasons.

There is a moderate increase in the occurrence of miscarriage associated with endometriosis.  This may be due to a reduction in the quality of eggs produced associated with endometriosis, but this is speculation.  Contrary to logic, women with stage 4 endometriosis are less likely to miscarry than women with Stage 1.  So far, this defies explanation, but it has been suggested that unpigmented lesions (the predominant type in Stage 1) are involved in a more aggressive inflammatory response than are pigmented lesions of the pelvis and abdomen.

Western medicine treats endometriosis medicinally and with surgery. Surgical treatment removes endometriosis tissue and adhesions while attempting the protection of the ovaries and Fallopian tubes as well as all other pelvic and abdominal tissues that may be effected.  Endoscopic surgery is used for removing endometriosis tissue, thereby reducing the amount of painful occult (hidden) bleeding within the abdominal and pelvic structures and cavities, as well as for surgical resection of pain causing adhesions.

As of 2018 there is a new FDA approved drug called Elagolix that works by suppressing the hormones that cause the endometrial tissue in the uterus, and in the case of endometriosis elsewhere in the body, to develop and enrich during a normal menstrual cycle.  Because there is a reduction or cessation in endometrial development, shedding of endometrial tissue is vastly reduced, leading to less painful occult bleeding from the renegade endometriosis tissue and the painful pulling of adhesions.

Suppressing the menstrual cycle prevents effective ovulation, so such treatments can not be used during the time a woman is trying to become pregnant.

For a link to a WebMD slideshow on Endometriosis, click here.

For a link for 6 floor exercises that you can do to reduce endometriosis pain, click here.  And here is a link to a video for pelvic floor stretches and relaxation for women with pain associated with their endometriosis.